The Nationwide Media Fun Shoot was being initiated by the Presidential Task Force on Media Security, Philippine Practical Shooting Association Media Bureau, Kapisanan ng mga Brodkaster ng Pilipinas and National Press Club to awaken the awareness of practicing mediamen in the Philippines against possible threats, considering that many journalists have been killed ‘in the line of duty’ during the previous years.

Based on the Annual Kill Report of International Federation of Journalists (IFJ), the Asia Pacific Region had the most reporters killed in 2017, with a total of 26 journalists from at least a total of 81 reporters, 93 journalists killed while doing their job in 2016, and a total of 146 media practitioners have been killed from 1990-2015.

IFJ reported that the ‘Philippines is the worst offender within the SouthEast Asia, tying for 6th worst in the world with Pakistan’.

The Strait Times Singapore, listed Philippines as the 5th Most Dangerous place for media practitioners based on the latest press freedom report of the Committee to Protect Journalists.

With these alarming numbers of media killings in the Philippines, I fully support PPSA Media Bureau advocate to strongly encourage local journalists to arm themselves for protection and promote practical shooting sports in the country. 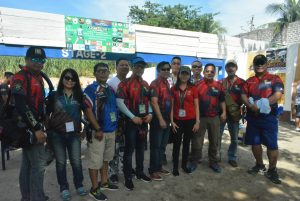 During the Nationwide Media Fun Shoot, then Presidential Peace Adviser Jesus Dureza told journalists “if you want to be boldly truthful to write or broadcast. You must also be ready to protect yourself.”