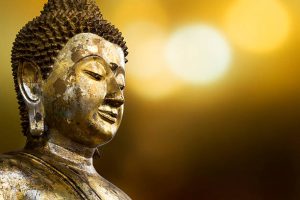 Sharing my thoughts and some facts of the ‘No Self Doctrine’ of Buddhism. You are free to comment or share your insights on this subject. This is my essay submission to the course on Buddhism and Modern Psychology by Professor Robert Wright at Princeton University.

Self, Selfless Or No Self?

It looks like the Buddha’s doctrine of no self is a very controversial subject as it contradicts with the Hindus doctrine on the existence of self. This can be read on the Wikipedia’s explanation of “Anattā and Atman” doctrines: The No Self Doctrine

“Anatta is a central doctrine of Buddhism, and marks one of the major differences between Buddhism and Hinduism. Buddhists do not believe that at the core of all human beings and living creatures, there is any “eternal, essential and absolute something called a soul, self or atman”.[5][6][123] Buddhism, from its earliest days, has denied the existence of the “self, soul” in its core philosophical and ontological texts. In its soteriological themes, Buddhism has defined nirvana as that blissful state when a person, amongst other things, realizes that he or she has “no self, no soul”.

To be honest, I just learned this controversy upon listening and watching the lectures on this course and I want to thank you Professor Robert Wright for sharing your insight and detailed explanation on this subject of the Buddha’s discourse of no self.

As a learner in this course, I am open to the ‘‘no self’ doctrine as I as also agree on the opposite side that there is ‘self’ argument.

In my opinion, both sides of the argument have truths in them because the interpretation of the Buddha’s doctrines depends on the tradition, culture and religious practices of any group – including Buddhist practitioners. In Thailand, Buddhist groups have opposing interpration of Nirvana as true self, while others say Nirvana is the non self. https://en.m.wikipedia.org/wiki/Anatta

“In Thai Theravada Buddhism, for example, states Paul Williams, some modern era Buddhist scholars have claimed that “nirvana is indeed the true Self”, while other Thai Buddhists disagree.[76] The Dhammakaya Movement in Thailand teaches that it is erroneous to subsume nirvana under the rubric of anatta (non-self); instead, nirvana is taught to be the “true self” or dhammakaya.[77] The Dhammakaya Movement teaching that nirvana is atta in 1999, has been criticized as heretical in Buddhism by Ven. Payutto, a well-known scholar monk, who added that ‘Buddha taught nibbana as being non-self”.[78] Luang Por Sermchai of Wat Luang Por Sodh Dhammakayaram argues that it tends to be scholars who hold the view of absolute non-self, rather than Buddhist meditation practitioners. He points to the experiences of prominent forest hermit monks to support the notion of a “true self”.[79] Similar interpretations on the “true self” have been put forth by the then Thai Sangharaja in 1939. According to Williams, the Sangharaja’s interpretation echoes the tathāgatagarbha sutras.[80]

I can compare these opposing interpetrations of Buddha’s discourse of no self with the unending debate of Catholics and Christians in the interpretations of the Holy Bible. This arguments will not end because I always believe interpretations are based on the interest and consciousness of any group. I rather recommend influential teacher Ajahn Chah’s statement that “we shouldn’t try to intellectualize about this no self thing,…quit talking about it and just sit down and do it.”

But I like the American Buddhist monk, Bhikkhu Bodhi’s explanation on Buddha’s teaching of non-self, saying “that the Buddha uses different modes of discourse depending on the context. And so when he is speaking within what I would call a contemplative text, within the context of inside contemplation or within the context of the aspiration for liberation, then he takes us at the primary obstacle to the attainment of liberation, is the grasping or clinging to the mental and physical components of our being as a self…the Buddha teaches not that there is no self, but that all of the objects of clinging are not self”

The way I look at it based on monk Bhikkhu Bodhi’s explanation, the Buddha wants us to be aware of our decisions and actions in our daily lives, that we should observe being no self when dealing with everything in this world, to just let go of any issues we are facing and practice being selfless in order to achieve Nirvana.

Please feel free to share your thoughts about this topic. Thank you. Namaste!